You are here: Home / Rebuilding America / “Think The Unthinkable” By Neil Oliver

“Think The Unthinkable” By Neil Oliver 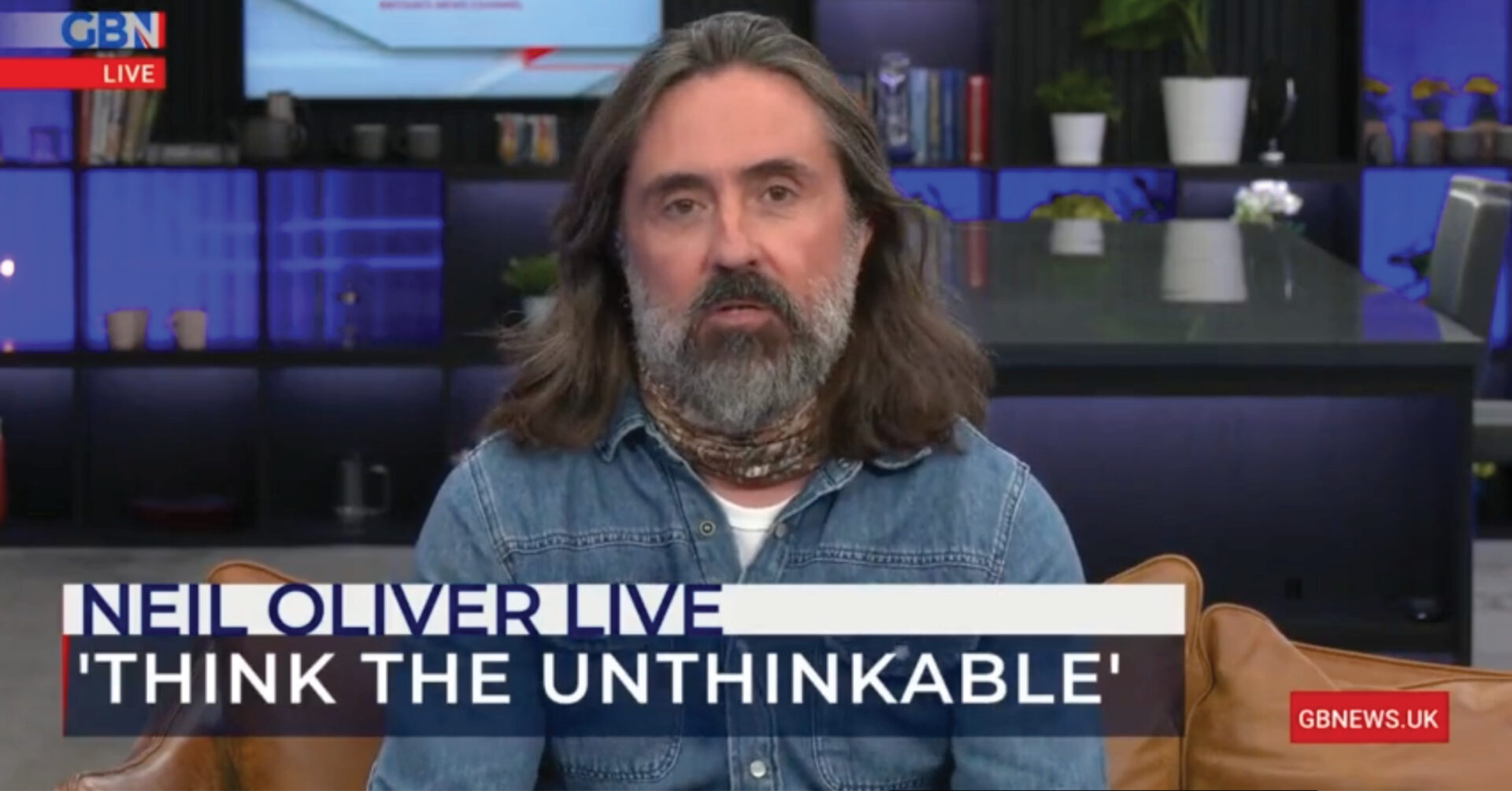 It is hard to tell yourself you’ve been taken for a fool but open your eyes, says Neil Oliver

If you have not yet allowed yourself to think the unthinkable, I strongly encourage you to do so. As I explained before, this is all being done on purpose. To think otherwise is to lie to yourself in order to bring some level of comfort through denial.

This is another great monologue from Neil Oliver at GBN. My comments continue after the embedded video.

The full transcript is here. The video cuts out before he is done. I’m including the ending of his monologue here.

And yet here in Britain and just about everywhere else, governments continue to try and get those needles into as many arms as possible, even the arms of the smallest and youngest. The ripe stink of corruption is everywhere. I trusted authority for most of my life.

Now I ask myself on a daily basis how I ignored the stench for so long. Across the Atlantic, the Biden Whitehouse sent the FBI to raid the home of former president Donald Trump. Meanwhile Joe Biden and his son Hunter – he of the laptop full of the most appalling and incriminating content – fly together on Airforce 1. No raids planned on the Obamas, nor on the Clintons. Speaker of the House Nancy Pelosi flew to Taiwan and onwards to China. Her son Paul, an investor in a Chinese tech firm and with seats on the board of companies dealing in lithium, was along for the ride, into that part of the world where three quarters of the world’s lithium batteries are made. Taiwan leads in that technology.

My Hopes For The Obama Presidency

We’re Living Through History and My Internet Is Out

“I was born for the storm, and a calm does not suit me.”

I’m Sallie, Christian wife, mother, homeschooler, small business owner, and homebody. Current events analyst. One of the weird sheep. Frequently contrarian. Traditional and conservative both theologically and politically. I value liberty to live quiet and simple lives. If you are looking for a Pollyanna with normalcy bias, you are in the wrong place. Welcome! ♥

~ Welcome to the new website! Thank you for your patience as I get things unpacked and organized. There are a number of broken links and I'm fixing them as quickly as I am able. If you find one, feel free to tell me in a comment on that post.

~ Did you put on the Armor of God this morning? See below in sidebar.

Understand The War We’re In

Stand therefore, having girded your waist with truth, having put on the breastplate of righteousness, and having shod your feet with the preparation of the gospel of peace; above all, taking the shield of faith with which you will be able to quench all the fiery darts of the wicked one. And take the helmet of salvation, and the sword of the Spirit, which is the word of God; praying always with all prayer and supplication in the Spirit, being watchful to this end with all perseverance and supplication for all the saints— and for me, that utterance may be given to me, that I may open my mouth boldly to make known the mystery of the gospel, for which I am an ambassador in chains; that in it I may speak boldly, as I ought to speak.